I wrote a blog questioning Tyler Perry’s letter to the young boy who exposed the sexual abuse that he endured by the hand of Jerry Sandusky, a coach for Penn State. I wrote a book entitled Identity Crisis, Identity Christ Is: A Journey to Love and in the book, I talk about some of my own experiences with emotional and child sexual abuse, rape and incest, and choosing to overcome them all in order to live a better life.

One thing that I have never discussed is whether I believe that people should take the stand. Every website, Facebook fan page, and child sexual abuse advocate or campaign that I have ever heard of makes some mention of taking the stand to put the perpetrator behind bars, or to create a record of the predators’ actions so that he is less likely to be hired in an environment where children are or, can be prosecuted more harshly if he commits another act.

In Chapter 7 of my memoir Identity Crisis, Identity Christ Is: A Journey to Love, titled Case #004E00182774U, I talk about a situation that is extremely difficult to relive. You will need to get the book to recover the account. It is relevant today because it was one time that I did get on the stand and testify against the person that harmed me.

However, I took him to court not for the torture, because the state that he did this in never pursued him or extradited him despite my requests. I took him to court and had to testify against him for threats. He was on his way to my house to kill me and made that clear in his voice messages. The police awaited his arrival and apprehended him. I confirmed his identity on the spot. He spent three years in prison, and had a previous record of other violent crimes although I am not clear as to whether there was any sexual abuse or assault on his record. 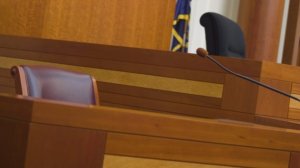 I had a court appointed attorney and in every other situation that I’ve ever been in where a court appointed attorney was needed, they have failed to provide the kind of counsel that they take an oath to provide. However, this woman saw the pure terror in my eyes. I had nightmares and for one year and a half. I had devised a plan to protect myself and my daughter in case he got into my home through forced entry.

This court appointed attorney had something unique about her, she cared. There was one other unique characteristic that may explain why she took this so serious- she was green. She was a new public defender, not soiled by the overload of cases and the creed that sits on the faces of public defenders. They often reek of politics and negotiations.

She initially came off as all of the others, but quickly realized that this was a life or death case. I called her and hounded her, and told her that the police informed me that I would never get a conviction for threats because that is not what they did ‘in this city’.

The police officers laughed at me, and although some of the police officers knew him from previous arrests, and called him “dangerous and crazy”, they told me to stay away from him, again, even after acknowleding that he is aggressive and known for assault. I wrote a recent blog on victim blaming, and I am convinced that some people do this unconsciously because perhaps they are just insensitive or don’t think before drawing a total conclusion.

We are very comfortable with blaming the victim in cases where the assailant should be at fault for their offensive actions.

On the morning of court, the public defender called me and informed me that she had been up since 5 am working on my case so that she would be fully prepared. She told me that she really wanted us to win, and she warned me that if we did not win, he and I would walk out of the courtroom together, out of the courthouse together and that I would be at risk for further attack or worse. She asked if I had anyone who could come to court with me, and I told her that it was just me.

I called my mom and in a way, I was prepared that if God didn’t save me, this would be the last time I spoke to her. I gave her instructions regarding my daughter, and she committed to pray.

I went into the courtroom, and he was brought from the back. This was a trial and I would testify. Earlier that morning the lawyer advised me to be honest, and she warned me that the attorney representing him would make an argument that I was just some young girl who was jealous that he had moved on and did not want me. This was about as far from the truth as possible.

I took the stand, and she, a black woman who was slender with curves; chocolate skin and a navy blue suit on began asking me questions. Her questions immediately incuiated something completely different than me being tortured at his house (another state), and being threatened as he traveled to my house to make good on his threats.

I felt overcome with emotion. I was frantic inside though I held composure. I kept looking at the judge for some kind of relief. I wanted him to make it stop. I had taken a warrant out against him in the other state for the torture and the events of that night at his house but as I mentioned now police officers ever followed up or extradited him, and this information was referenced by me but not spoken about in complete detail in court.

At some point, I could not take it anymore. I was praying the whole time for God to please tell the judge the truth. Judges judge! I have been in the courtroom accused of something that I did not do with video evidence and was still told by the judge that I was guilty because she did not like the way I looked. Yes, this is true. 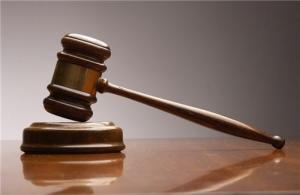 In this situation, I just kept praying and praying, and telling the truth on the stand but I felt like I was being re-traumatized by having to go through this. At some point, the judge told his lawyer to shut up and he ruled. He said that this is no inconsistency in my story, and that I did not look to be interested in him, or spiteful that we were unable to be romantically involved. He was sentenced to three years. This was sort-of ground breaking in this particular court system because they usually throw out situations like this. God was with me, and God did not want me to walk out of that court room with him.

There are situations that I never got on the stand for, and did not even report. Quite frankly, the whole situation is very traumatic especially if the person who has done these abusive things to you has support, and you do not.

In any situation, I believe that it is up to the victim to choose how to handle a situation that may already haunt them. I had nightmares concerning this situation for a year and a half. I refused to date or connect with anyone intimately- not because I was against it, I was paralyzed. I prayed and I believed God for the nightmares to go away until one day my faith caught up with my prayers, and guess what? The nightmares, they went away.

I walked out of that court house not as if I had won the Super bowl, but as if I had defeated a foe. I was thankful for life but I knew that there was a journey ahead that I would battle alone. I kicked those nightmares right in the behind and today I am free, however it involved a lot of prayer and time. A year and a half is a long time.

In this case, I’m glad I testified, but if I were to have to do it again or for someone else, I do not know that I would want to. If you get on the stand to testify, no one will fully grasp the intensity of those moments. None of it felt good to me. His conviction provided relief but none of it felt pleasurable in any way.

As a bystander, I encourage you to be there for the person. Let them know that you are going to love them whether they testify or not but you should absolutely allow them to make this very personal decision themselves. After all, if they are going to have to go through the trauma of testifying, they should be able to decide whether it will all be worth, and sometimes the memories, the pain, the insanity of it all, may not be.

This blog is dedicated to the victims of sexual assault, child sexual abuse, rape, molestation, incest, torture and other sexual violence and crime who have to make the decision to Take the Stand.

Please subscribe to the blog ———> Look on the right http://www.ressurrection.wordpress.com

Ressurrection Graves is a Child Sexual Abuse Grooming Expert and H.E.A.L.E.R. (Healer, Educator, Activist, Life Skills Expert, Empowerment Speaker, Relationship Mentor) Her website reaches readership in 188 countries. She is available for national speaking engagements, radio and television interviews. She can be reached at: 202.717.7377 or send your request to: ressurrection dot wordpress at yahoo dot com or comment on http://www.ressurrection.wordpress.com
View all posts by Ressurrection →
This entry was posted in Child Sexual Abuse, Family Ties, Relationships, Teen Dating Relationships: Violence and Emotional Wellness, Teenage Moms, Ten Ways to Safeguard your Child from Sexual Abuse, The Parent Lounge Blog, The Power of Saying NO! and tagged child molestation, Child Protective Services, Child sexual abuse, Christ, facebook, GOD, Identity Crisis, jerry sandusky, Sexual abuse, should I make my child take the stand, should I take the stand if i have been assaulted or abused, tyler perry, victim blaming, what is it like to take the stand as a child. Bookmark the permalink.

25 Responses to Taking the Stand