Posted on April 4, 2012 by Ressurrection 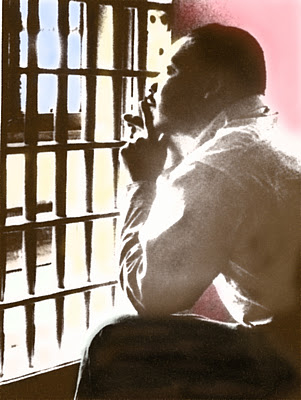 We will have to repent in this generation not merely for the hateful words and actions of the bad people but for the appalling silence of the good people.
— “Letter from Birmingham Jail,” April 16, 1963,

We cannot expect for injustice to seek its own deliverance. A rock should not cry out for you. I am a christian and I do believe that it is absolutely wrong for a christian person to stand outside of an abortion clinic and protest. Jesus’ answer was love, not emotional abuse. People are faced with all kinds of reasons that they are not able to have children, often doctor recommended. You will not know a person’s reasoning for their choice by standing outside with a hateful chant about how they will go to hell.

If you believe in heaven and hell, that is fine but everyone does not, and your witness tarnishes christianity as a whole when you abuse people with your words. It is a form of spiritual abuse.

On the other hand, when we see an injustice that plagues our communities, and do not say anything we are allowing what I believe to be the “enemy” or a negative force to wreak havoc in an environment that the spirit world understands silence will remain.

To bring this home, if I am a christian and I will stand outside of an abortion clinic to declare that what someone is doing is murder or sin, I am just as dishonorable to stand within the church walls and watch a member of the church body, especially leadership (pastor), to molest children and psychologically damage them.

Silence is Violence! That is my chant, and my decree. And, I believe that to end child sexual abuse, we must uproot it from every angle, and dismantle leadership who have molested children for many years. What people do not seem to understand is that 64% of perpetrators have a job. Predators are not sitting in the woods some where 90% of the time. They are people who get jobs to work with your children; who become your neighbor-friend on purpose; who volunteer to pick up your children or babysit them while you and your husband or wife get quality time.

Silence is Violence. Martin Luther King Jr. has a point to imply in his quote that good people who keep silent are no better than the bad people with a loud voice. We are not oppressed, we are not in fear. We stand up and we speak loud. We overcome and we join hands NOW!