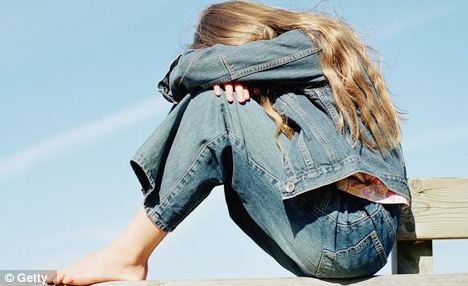 Stop Picking On Me. We May Have The Same Story!

As a child Ginny Scales-Medeiros would show up to school in tattered clothing from her trailer park residence. She grew up dirt poor and bathed once per week. Her mother made her clothes and she was often targeted by school bullies because of their economic status and physical appearance. She had to stand in the hot lunch line which during that time was a separate line than those who were paying for their meals. By standing in the line for free lunch, other students could single her out as poor.

The daughter of a strict baptist upbringing Ginny was more domesticated than her sister offering her mother support in the kitchen and while her sister was considered helpful to her father because of her size and physical ability.

Ginny suffered from the abuses associated with school bullying and was sexually abused at home. She believes that it is possible that her low-self-esteem was a target for pedophiles. Ginny remembers “playing house” with curiosity, guilt and shame.

“My Sister and I where under the covers in my uncles bed and he wanted us to massage his uncircumcised penis. With mixed feelings of curiosity, excitement and a adrinalin rush with  the possibility of getting caught the feeling was both anxiety ridden and exhilarating. I could see my aunt cooking breakfast in the kitchen and this was more confusing. I was sure she must know. The guilt and nightmares came like a emotional hangover after the molestation every time. My Granadmother did know and one time caught my uncle open his robe so I could see his penis………. and she gave me a dirty look.”

“You create your life by what your body knows.”- Victoria Pendragon

Ginny Scales-Medeiros has taken the odds and give them a shakedown. She has left the odds against her empty-handed, receiving her General Education Diploma also known as a GED, with a ninth grade education. She is an entrepreneur, an inventor with multiple patents and trademarks including her sunless tanning system, and a real estate investor.

As I have aptly aforementioned in articles that share others’ stories of overcoming child sexual abuse during the month of April 2012, the price is high for many who have received diagnosis and treatment for physical and mental illness that is associated with their past sexual abuse.

Ginny Scales-Medeiros has written a novel, based on her story that shares some of the tragedies that she faced as a youth. In real life though, what I have found in sharing the stories of sisters who have been abused by the same perpetrator, have witnessed or participated in the same abuses, there is a common thread that one sister is able to overcome the pain of what they have experienced. There is one sister that makes it out.

In my experience, what I have found, not to my own liking is that one sister was present in their body, in their skin absorbing the abuse from a present place, while the sister who made it out has reported to me that they left their body sort-to-speak. These women were able to disassociate themselves with the presence of abuse while it was happening so that they were not fully taking it in.

Ginny Scales-Medeiros and her sister were no different. Ginny shares some insights about how she and her sister handled the childhood sexual abuse that they endured and like the other stories with Victoria Pendragon, and Emmy-Award Winning Johnnetta Mcswain, although we want to paint a perfect story, there is a commonality that can not be ignored.

Today, while Ginny Scales-Medeiros’s old trailer park home has been turned to a chicken coop, she is passionate about animals and helping children who are bullied, and those who bully them. She believes “both the bully and the child being bullied are in the same pain. Bullies do not become bullies because they are loved.”

She wants to re-sensitize children and their parents to the idea that we do not know what the next person is going through. By providing help for the child bully, we can stop bullying. 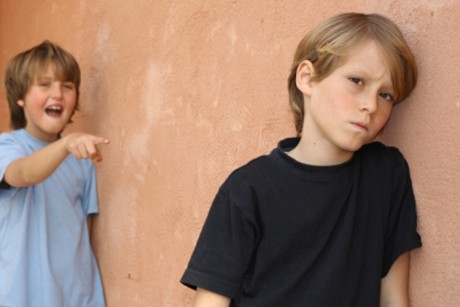 Bullies Have More In Common With Whom They Bully Than They Would Like To Admit.

“Bullies do not become bullies because they are loved.”

In recent times, she has been a speaker for 100% electric transportation, on the board of Directors for ZAP a PR/Marketing Consultant and can be seen in the 2011 movie, “What is the Electric Car?”

With all of Ginny Scales-Medeiros’ successes, Ginny still wanted to leave an impact that would help others to understand that they could overcome absolutely anything, and she has done that by giving the world, “What is Normal?”

Her book is a glimpse into her own past, and her perspectives in her novel gives us an opportunity to see the impact of bullying. In reality, what we see is how she has risen above the abnormality of abuse, and has become an instrument of hope for victims of bullying.

You can connect with Ginny Scales-Medeiros on her website here!

2 Responses to Ginny Scales-Medeiros: Helping Bullies And Their Bullied Classmates