What a fantastic day for breaking the silence. Ressurrection Graves, a child sexual abuse prevention and healing relationship mentor was watching the news with her husband and daughter when she saw ‘child sexual abuse’ go across the bottom of the screen.

She was hoping that she had not missed the story that included those three words which she educates others on daily through her blog www.ressurrection.wordpress.com speaking engagements and other advocacy work.

The news reporter informed Ressurrection that the Boy Scouts of America’s lawyer decided that making the records of previously confidential documents of more than 14,500 pages ranging from 1965-1985 about Scout leaders who were banned from their roles due to allegations or confirmed incidents of abuse should be released to the public.

Today, the state of Oregan agreed. Media organizations had sued for the release of the files, part of a 2010 case in which a jury decided that the Scouts were negligent in allowing a former assistant scoutmaster to associate with the organization’s youth after he admitted molesting 17 boys in 1983, court records show, according to The Associated Press 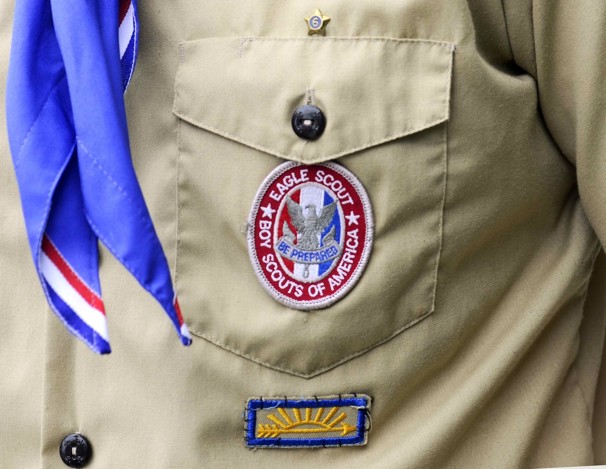 The documents show 1200 abusers and over sixteen hundred victims. Wayne Perry who is the Volunteer CEO of Boy Scout of America says, “I would ask parents to, to look at the programs we have and judge us, maybe not judge the past but judge us where we are today, and certainly judge us against any other youth serving organization in the world and you’ll see that your kids are very safe. Safer than anywhere else, probably even safer from home.”

“As obviously uncomfortable as his statement is, I would encourage parents to look at the past, and realize that those files were internal records that reflect secrecy. How many of those files were turned over to the police or have documented police involvement? How many of those files were entered into a database that ensured that any of the 1200 perpetrators banned in one state, could not move to another state to re-offend under the same organization? I am very concerned that he asks us to forget the past knowing that the victims of child sexual abuse have not,” says Ressurrection

She remarks that the Boy Scouts of America in partnership with a law enforcement agency should go through each file with a fine tooth comb, locate the perpetrators whereabouts and do a current investigation to make sure that he/she is not committing other sexual crimes against children. If so, they should be promptly reported, and these files should be included in prosecuting them. Talk about a Cold Case!

When Ressurrection saw the initial coverage on NBC News she was given the impression that lawyers suggested that the documents be released and she was reminded of the Jerry Sandusky case. According to Ressurrection, the Sandusky case may have a larger impact on society than the Catholic church.

“Non-Catholics simply blame the Catholic church. The same is true for Non-Baptists and other religious groups who have child sexual abuse cases unresolved with victims who have chosen to come forward, often in adulthood. However, the Jerry Sandusky case could not be included with religion but education and sports; two aspects of “The American Dream” represented who ultimately saw Pennsylvania State University pay the largest consequence we have seen so far, from a non-religious organization. An entire football organization stripped of their winnings and income. Jerry Sandusky and those who were negligent in reporting suspicions, cost a lot of people greatly, says Ressurrection.

The Roman Catholic Church, as part of ongoing lawsuits, will make payments to approximately 700 male and female sexual and psychological abuse, molestation, and rape victims who were living in Alaska Native villages and Indian reservations from Montana to Washington, Idaho and Oregon, and who were “sexually or psychologically abused as children by Jesuit missionaries in those states in the 1940s through the 1990s,” according to a statement by attorneys. – The New Civil Rights Movement

Ressurrection’s theory is simple. She believes that as a result of the outcome of the Jerry Sandusky and Catholic Church lawsuits, companies are fearful of keeping secrets. “We have them exactly where we want them.” Graves says that when people realize that victims of child sexual abuse can and do get to a point in their healing where the become advocates first for themselves, and then for their children, and your children and children that are involved in organizations that are supposed to protect children like the Boys Scouts of America, policies and procedures will be put in place that prevent and eliminate the vulnerability for abuse.”

Ressurrection reminds us that Jerry Sandusky was 54 when he was first caught (based on this case) of child sexual abuse. She disbelieves that he begin raping young boys at that age, simply that at 69 he was convicted for the last fifteen years.

Background checks are not full proof, which is why she educates people in her upcoming book, Ten Ways to Safeguard Your Child from Sexual Abuse due to Amazon in April (Child Sexual Abuse Awareness Month). It also why Graves has created a term entitled, “Child Sexual Abuse Grooming” and has started a petition on change.org called,

Please help Ressurrection to Make Child Sexual Abuse Grooming A Felony by clicking the above link.

Sharing your story as a victim of child sexual abuse is not about money. Deep healing must take place for many victims and the settlements can often pay for medical bills in mental or physical health, says Ressurrection.

The CDC released information that $124 billion dollars is the cost of combined health costs for victims of child sexual abuse over a life time.

The Catholic Church had to pay $250 Million, Penn State $60 Million, and today’s settlement for the Boy Scouts of America is $20 Million according to the Associated Press.

Ressurrection Graves wants people to know that we can prevent child sexual abuse, we can be our own loudspeaker, and inevitably using our own voice will strengthen our neighbor, and save a child.