The Bible and Child Sexual Abuse

Here is a snippet of my testimony, through poetry. Please listen as you read the below blog. You can subscribe to this blog —> by entering your information on the right.

93% of Sexual Predators are Religious

How many more religious cases of abuse will happen before we start including sexual abuse and molestation conversation in the church? As a victor of child sexual abuse, and a Christian I just wanted to know if there was any mention at all of sexual abuse as a sin in the bible. We hear so much from the Catholic Church, and from situations in the Baptist, and Non-Denominational Churches. Regardless of sect, we are self identified Christians. Did you know that 93% of predators are religious? I will talk about this a little more below.

My mission is to go into churches and speak to the ministry leaders, and the congregation about sexual abuse because it is so widely spread within the church. I grew up with people who were molested by a man who I knew, in church. He never did it to me but he also thought I was angry, bad and defiant, which I was. He, I’m sure was afraid that I would fight and then snitch, which I would have. Although I have had encounters with sexual abuse outside of church, when I was made aware of this in the church, in my early twenties it left a heavy hurt within me for the women that I knew who carry this memory. 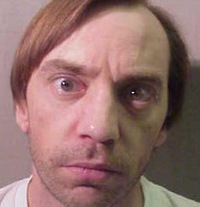 This man is the reason that the Sexual Offender List called

A few weeks ago, I was at a friend’s house and there was something in my spirit that lead me to ask her about her children, whether they had experienced sexual abuse. The answer was a resounding yes. Without giving detail of the situation, I will say that we had a talk about it. She loves me deeply, and I love her the same so we can talk without anyone stomping out of the room or hanging up on each other, even when it would seem that offense would surface. She knows I would never want to hurt or condemn her.

I took some liberties with her that have separated my sister and I for years.  I told her that I supported her but I challenged her choice to not tell anyone about the predator. It was a family member and she used a scripture from the bible that says that you shouldn’t take anyone to court. Well, I’m prepared to show you that God sees Sexual Perversion as grounds for death, so in that sense, maybe she’s right!

Her situation angered me so much that I prayed that night and came up with Ten Ways to Safeguard you Child from Sexual Abuse. I prayed on it and got revelation and confirmation the following morning. It was all of my passions, the messages on the inside of me that I am supposed to share with others in a basket. I started writing about the list that was created. I realized that this is such an epidemic that I could not keep quiet.

You May Also Like: Why Child Sexual Abuse Grooming Should Be A Crime

I don’t think I’m operating in me right now. This is not something you wake up in the morning and want to do to be honest, at least not me. I wrote Identity Crisis, Identity Christ Is: A Journey to Love as a memoir that I believe would bless others out of my obedience to my higher power, not realizing that it would indeed create a platform or that it would open doors the way that my prophetess friend shared.

As I do more research and learn how I can be of service, I realize that 80% of people who suffer from drug and alcohol addiction have been sexually abused.  The Abel and Harlow Child Molestation Prevention Study was conducted with 4,000 admitted child molesters. They found that 77% of child molesters are married. You are probably wondering why I have random pictures in this post. These pictures are of men who are convicted child molesters. 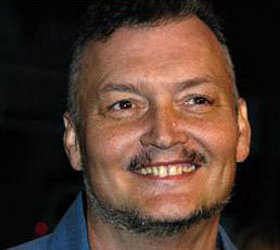 The “Clownhouse” and “Jeepers Creepers” movie star, was protested against by angry victims of sexual abuse regarding the film Powder (1995) which was a movie controlled by Buena Vista Films who is solely owned by Disney.

Here are some additional statistics that will blow your mind, and then I will share a few scriptures that do support that Child Abuse is a Sin.

Sexual Abusers fight for the right to attend Church

In an article that I found in the Washington Post addressing sexual abuse and the church, it seems that this is a really important topic nowadays. And with all of the negative press against church parishioners in the varying sects of Christianity, and religion as a whole, I completely understand why they are trying to figure out what to do. After all the bible does say that all should be forgiven. Who are we to judge? 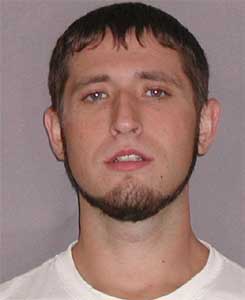 93% of child molesters are religious. Of course, I am not surprised. I believe that everything happens from the head down so when priests, Eddie Long, and others are caught for their actions, and then their actions are ignored, the sexual abuse continues. It may not continue outwardly now, but please understand that the bible is very clear about the fact that we sin in our thoughts FIRST.

So ladies, one and twenty men are sexual predators. We know that there are women predators as well, although the number of women and men are vastly different. Neither should be tolerated at any point in time regardless of any gender, race, etc….

Child molesters maintain that they target 30% of their victims who are stepchild, foster or adopted child, and 19% biological children; 18% are nieces and nephews. 90% of abusers target family members and those they know well. Did you read this? Read it again. And, there is an alarming 40% of child molesters targeting a friend, or neighbor.

In Leviticus 18 it speaks specifically about Grandparents (v.10), and in the verses of chapter 18 it covers a lot about aunts, in-laws, neighbors, homosexuality, and bestiality. Child Molesters are using the fact that God did not name Child Molestation by their review of the word, that it is okay or natural. I read a website last night of a Child Molester who wrote a book, saying that it should be and will begin to be accepted much like the acknowledgement and progression of homosexuality. His book is about us understanding the relationship between a man and young boys. In verse 29 of chapter 18 in Leviticus, it does say that any abominations committed regarding sexual perversion will result in the person being cut off.

You may also like: The Bible and Child Sexual Abuse II

Do you remember earlier I mentioned my friend who has children who has been sexually abused? She said that she did not want her family to get into trouble. She like many, are afraid of the impact that it will have on the family, not thinking of what it will psychologically do to their own children. In Leviticus 19: 17 it says that you can’t hate your neighbor but you can rebuke him. To rebuke in short means to reprimand. I’m sure I could go deeper but I’ll leave it here and say that when you reprimand, you must first yourself acknowledge that something was done wrong so that it can be dealt with.  As for my friend, I’ll have her to consider Proverbs 27:5 which says that open rebuke is better than secret love. In many families, keep the secret is better than confronting the issue. 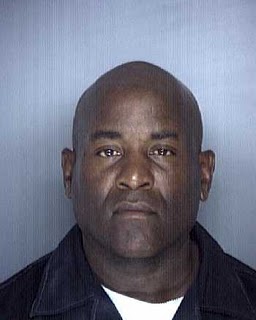 Sarah Tofte of the Human Rights Watch says 25% of all sex offenders re-offend within 15 years.  In Proverbs 27:5, there are a lot of commentary on this. I do not by any means profess to be a theologian however I will give my two cents as follows:

It is better to bring the issue to the surface and rebuke the person than to hide it in secret hate. See, love is no secret, that is the irony of the passage. Remember this is my interpretation, and comments are welcome. GOD is LOVE and he is not a secret; neither is love for us. Love is pure and when you really pay attention to how love operates, it is the exact opposite of fear as scripture supports. If there is a presence of fear, you are not operating in love.

What should be done?

STOP HIDING!!! Stop protecting the predators and protect your child(ren), and your neighbors children, nieces and nephews etc… Unfortunately, I have never ever heard of someone who is a child molester being totally delivered from being one. My point is that this seems to be an issue that the person chooses as a sinful lifestyle, why support it?

Are you still hurting because:

Please call 202.717.7377 (RESS) I offer a 15 minute consultation to assess how I may help you to overcome life’s challenges. You may contact Ressurrection today!

Ressurrection Graves is a child sexual abuse grooming expert who has authored a petition to make it a felony. She writes, speaks and educates the masses on protecting children and healing as adults from past child sexual abuse.

138 Responses to The Bible and Child Sexual Abuse